The ICCA for “Best Evolution to Future Broadband” is presented to the product, application or solution, which can best demonstrate industry-leading innovation as well as engineering ingenuity in the integration of future broadband capabilities and which reliably meets the broadband data needs of critical communications users. The ICCA are only awarded to entries that demonstrate excellence in critical communications.

The ICCA is awarded by a panel of judges, all experts in the field of critical communications. In making their decision, the judges in particular praised SALUS for the significant impact it will have on the evolution of future technology specifications and the work it has done to quantify user demands and priorities.

The goal of SALUS is to design, implement and evaluate a next-generation communication network concept for PPDR agencies. The SALUS consortium has already proven that voice and data calls can be established across different PMR domains, thus enabling the migration of TETRA and Tetrapol technologies towards LTE networks. It has also been proven that PTT-operated voice calls can work with the same level of speed and robustness as TETRA and Tetrapol. As a next step, the Group Communication System Enablers (GCSE) for LTE will be implemented to achieve a more robust and scalable delivery of voice, video and data to multiple LTE devices.
List of ICCA 2016 awards winners is available here. 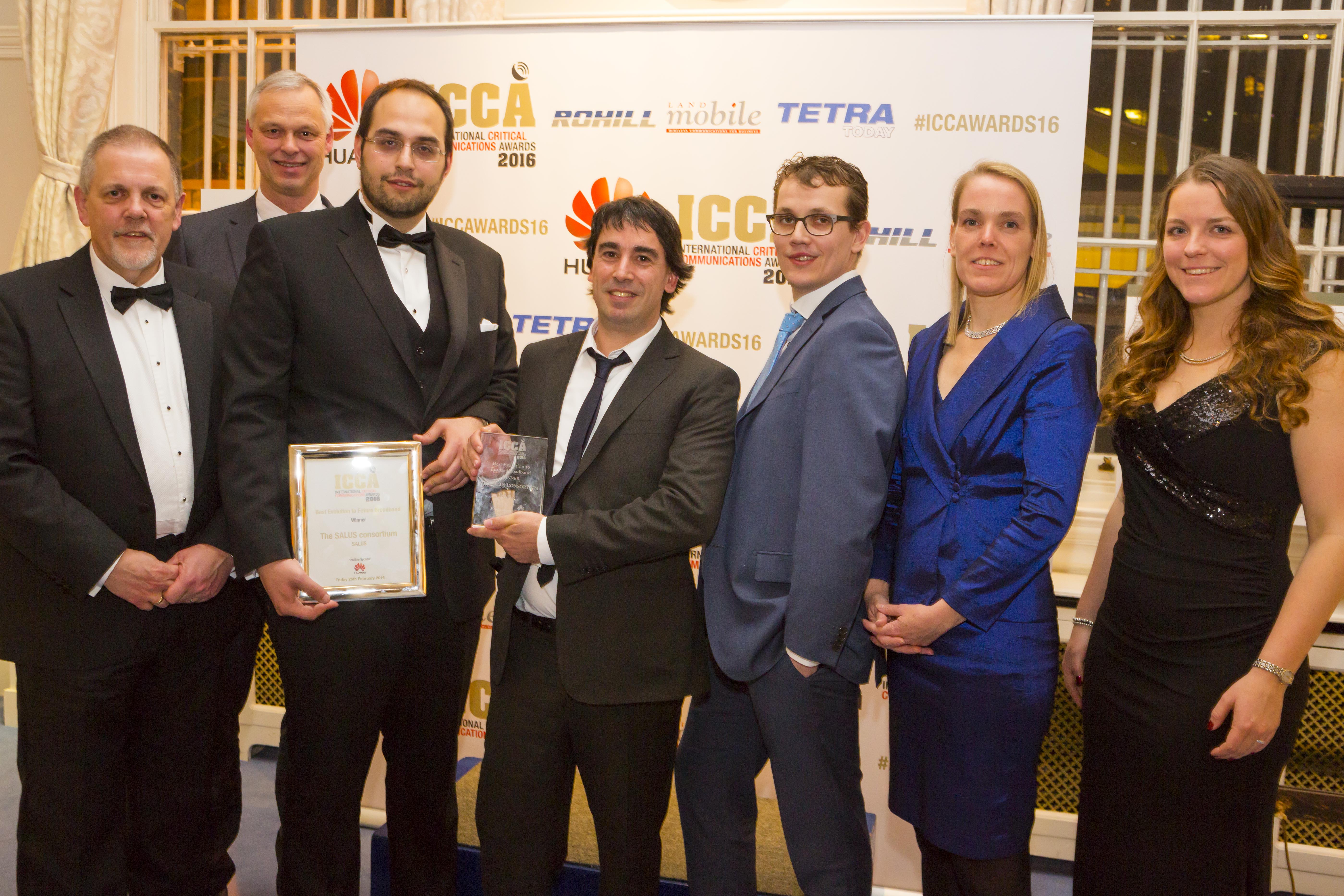 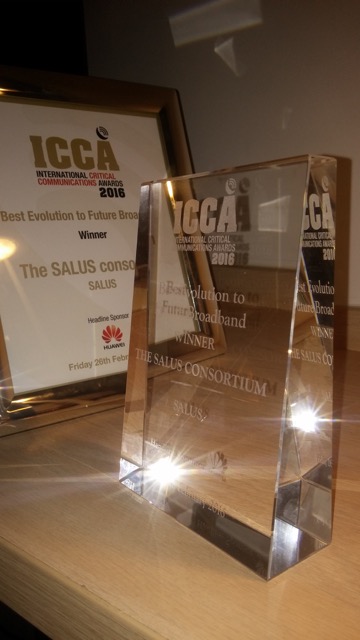 This entry was posted in Presentations, Project news. Bookmark the permalink.